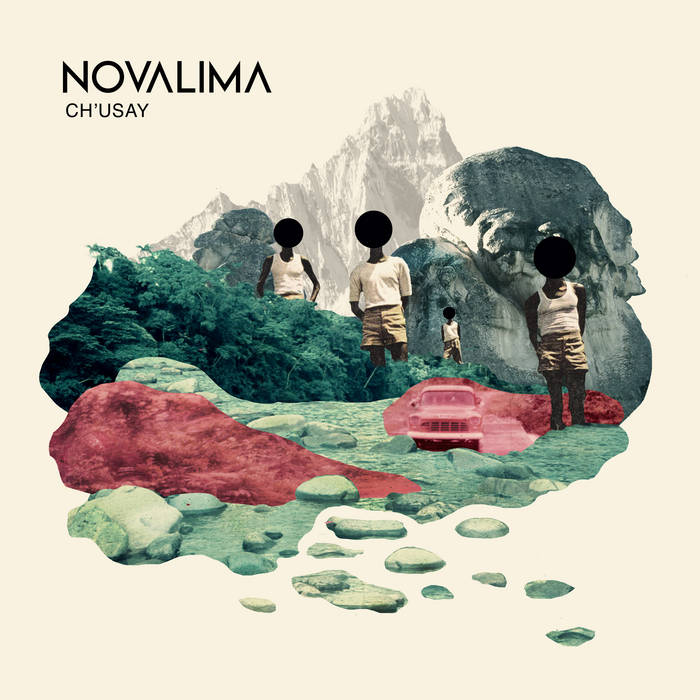 Jeepster loved this band as soon as i found them. have there albums on hardcopy. just picking up the digital

From their humble start, file-sharing musical ideas and producing their first album in separate countries during the dawn of the internet, Novalima is now a live musical force revered worldwide for breaking boundaries and uniting seemingly irreconcilable genres, communities, and generations. They have created an inspiring movement and revolutionized the music scene in their native Peru by bridging a longstanding divide between the mainstream and the minority Afro-Peruvian community, who have struggled against discrimination and cultural dissolution for generations.

Over the last two years, Novalima created their newest offering, Ch’usay to be released September 14th on Wonderwheel Recording. The album's name (voyage in Quechua, the language of the Incas) signals Novalima's latest musical exploration, ancient sounds and instruments from the Andes and the Amazons. This time around, Novalima goes one step further to enrich their sound by collaborating with new generations of local artists from the peruvian music scene. The album also has offerings from global artists such as Esteban Copete (Colombian Marimba master) and Kumar (Cuban rapper based in Barcelona).

The debut single, named after the album, (to be released on July 13th) is the perfect example of the the new sonic voyage in which Novalima has embarked. Ch’usay, a futuristic huayno dub, includes astonishing vocal collaborations by andean soprano Sylvia Falcon and pioneer Quechua rapper Liberato Kani.

The 15th Anniversary celebrations will also include a limited edition release of Novalima's first three albums Afro, Coba Coba and Karimba, on color vinyl for the first time, followed by an international tour through Europe and North America.